Birches are probably the most Slavic among the trees - maybe except for willows! Their characteristic, visible from afar black-and-white bark and beautiful wreaths of branches are a decoration of coppices, roads and forests. And now, if you’ll use our murals with birches, they can decorate your apartment, as well! Birch wallpapers have a lot of natural minimalism: a limited, and yet very expressive, color palette, simple patterns and unpretentiousness - but that doesn’t mean that a birch wallpaper will only fit an interior kept in a minimalist style! We can use them in many different ways. How? Find out below! 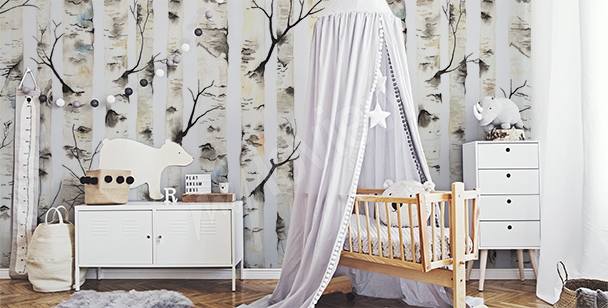 The birch forest design is a simple recipe for a cosy child’s room décor with no need for distracting, tacky decorations. 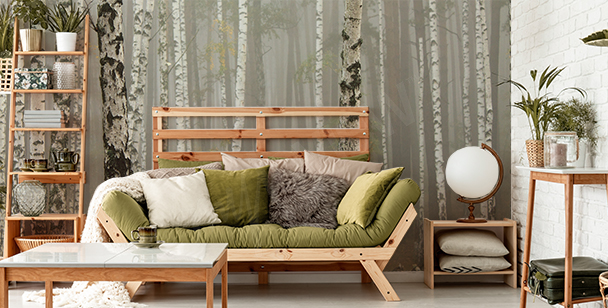 This stylish wall mural design will help you conjure up an interior full of natural charm. 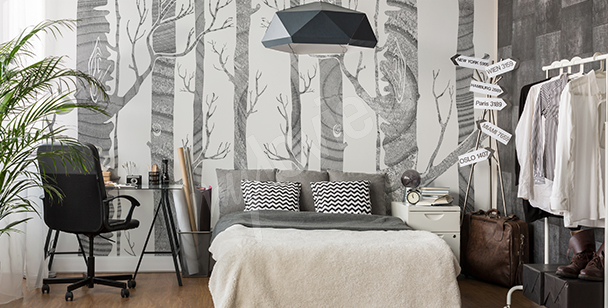 If you enjoy modern, industrial living room or bedroom décor, you can enhance the effect with a stylish mural on one of the walls. 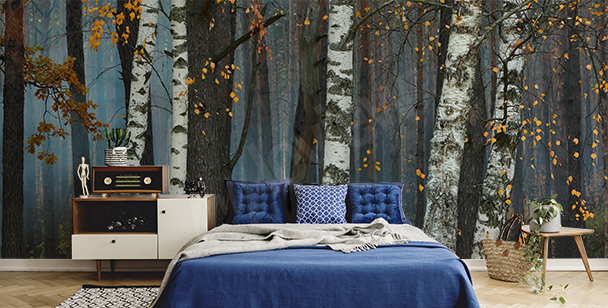 Birch wallpaper: a stylish decoration of your wall 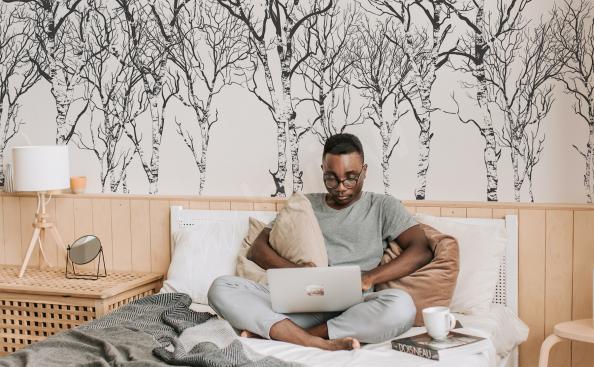 A birch is one of the most liked and probably most decorative of the trees. How can one dislike it? It’s very characteristic and different, every season of the year! In early spring, it’s covered with delicate buds that give it a light, almost ethereal charm (Julian Tuwim, in his poem An April Birch, described them as follows: Those are not leaves, not big, not small/ Nor even tiny ones yet- /They are a see-through cloud/ Golden and green). In summer, it changes into a cascade of green braids that make a beautiful contrast to it’s white-and-black bark. In autumn, it’s painted gold with the most beautiful shades of yellow leaves… And our birch wallpapers present all of the “lifetimes” of those trees.

Minimalism loves a subtle and, at the same time, expressive simplicity of black-and-white, natural branches covered with a thick blanket of snow, black-and-white animals like zebras and pandas, and monochromatic (or almost monochromatic) plants: birches are no exception from this rule! A uniquely stylish, sketch-like birch forest mural by Cole & Son have recently caused quite a stir on the covers of magazines and on blogs dedicated to interior design, and it’s not a surprise - it looks sensational! Our wall murals depicting a birch forest can help you achieve a similar effect without a need to spend a fortune. You can choose just the birch trunks to decorate your interior, but if you want a really simple effect while still wanting to look not only on trees, but on a whole forest, a birch forest wall mural will be a perfect fit! It’s a great idea for a bedroom decoration: such birch forest wall mural will look beautiful when applied behind a bed as a separate “headrest” (you will achieve this effect by sticking two stripes of a wall mural right behind the bed), or to decorate the whole wall. 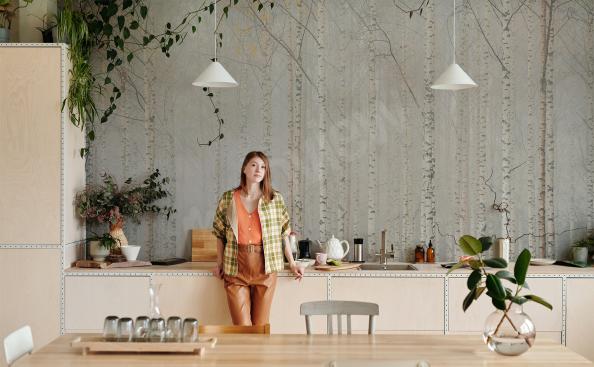 Many of landscape wall murals, especially the natural ones, present certain enlarging effects: sticking them on one of the walls will make an interior look more spacious! Birch wallpaper (and many other) are not an exception: if you’ll use them to decorate your interior with them, you will instantly add a few inches to your space. A birch wallpaper is a good way to decorate interiors, which are usually quite small or tight spaces, for example a hall, bathroom or kitchen. You don’t have to fear the process of color selection, because the black-and-white birch bark will look to basically every arrangement, no matter what their color scheme is! Birch forest mural also have another advantage: their pattern is naturally full of vertical lines (unless, you’ll try and find a wallpaper with a fallen birch), and they can optically slim an interior, making the ceiling seem to be a bit higher than it actually is.

A forest in your home: how to create a perfect decor with a birch forest mural

We’ve already mentioned, that minimalistic arrangements are the ones where birch patterns look best - but those beautiful decorations can be easily “tricked” into many other styles of interiors! A birch forest wall mural (as IKEA’s our witness), will look great in an interior decorated in a scandinavian style - it can be a perfect complement to a scandi decor in places like a living room, or even a cafe. It’s also a great idea to create a thematic arrangement of your child’s room - for example, the one inspired by a magical forest straight out of a fairy tale! Birch forest wall mural (ebay gives plenty of inspirations), a bit of toys in shapes of popular forest critters, maybe a fitting linens and curtains- and voila! You have a room where you can meet Winnie the Pooh as well as the Red Riding Hood!