Posters by category - Cartoons • Posters for the wall

Fairytales – we all used to love to read or listen to them as children. They were the magic doors to a land of wonder, full of brave knights, beautiful princesses, and hundreds of other whimsical characters, whose adventures captured the imagination. We didn't want them to ever end… Now that wish can be granted! Take a look at all the favorite children's tales depicted in our wall posters. These fairytales can now become a permanent part of your kids' rooms in the form of colorful decorations! Not only do they bring a lot of joy to children, they are also charming arrangement additions. Cartoon posters are more than just another room decoration. They are a way to conjure up some truly magical atmosphere! 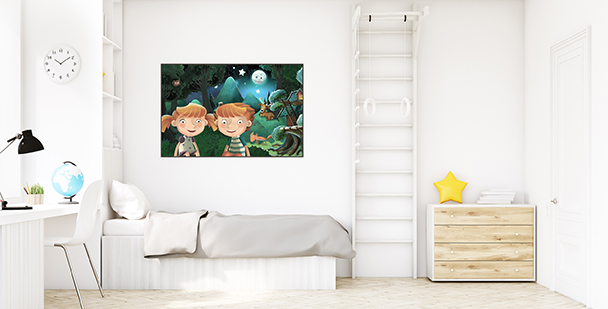 Cartoon poster for a child's room

With this decoration your child's room will turn into a fairy-tale land full of magic and extraordinary adventures! 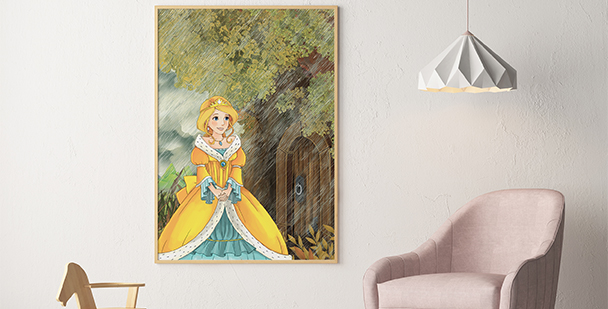 Princess in the forest poster

Every girl likes to feel like a princess sometimes! That's why our princess poster is sure to appeal to her! 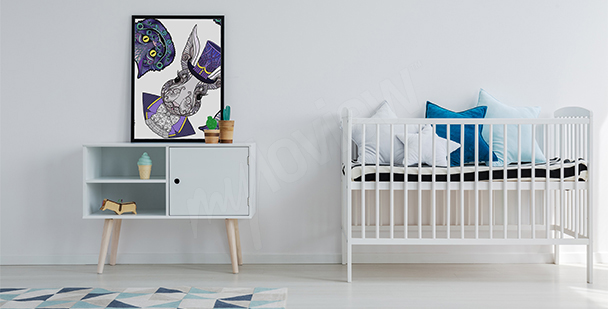 Poster with a rabbit in a hat

A poster inspired by the "Alice in Wonderland" cartoon is a great idea for all lovers of this extraordinary story. 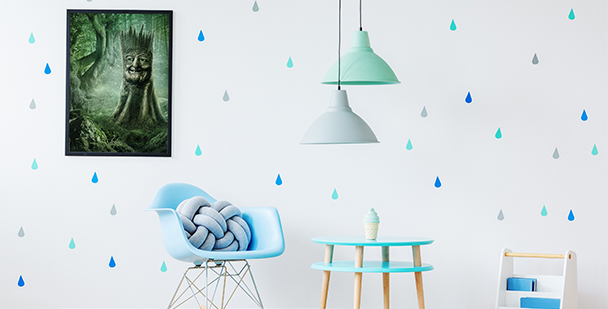 Entertainment and decoration from fairytale books to cartoon posters 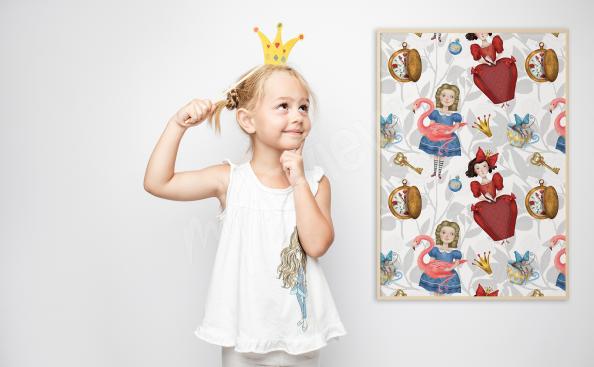 There are some stories that every child knows. Fairytales written by authors such as Hans Christian Andersen, Charles Perrault, L. Frank Baum, or Brothers Grimm have become timeless classics. Even though they were written many years ago, they still bring happiness to children, while often teaching them important values through their morals. Some of them, e.g. "Little Red Riding Hood", "Three Little Pigs", or "The Wizard of Oz" have been adapted into multiple wonderful films! We at Myloview decided to use these famous stories as inspirations for our posters. The classic tales are undoubtedly charming, in part because of their popularity. All the characters, places and objects in these fairytales are incredibly characteristic and instantly recognizable for any child who sees them. Take a few of these decorations and suddenly your child's room turns into a gorgeous fairytale gallery. Just make sure to first consult your ideas with the kids themselves. Cartoon posters should always be a source of fun and joy for them!

The fairytale world is more than just classic stories. Over the centuries, authors often invented new and exciting adventures for classic, beloved characters, but they also created brand new ones! Fairytales are only limited by human imagination! It's no wonder that we now have a whole plethora of colorful characters to choose from. Unicorns, gnomes, fairies, pixies and a myriad of other creatures and characters are waiting to be discovered in our posters. The diversity of fairytales is simply breathtaking. It's only fitting that the same applies to fairytale-inspired motives! Here are some ideas for using magical characters as decorating motives.

• Unicorns – these majestic creatures appear as far back as medieval Arthurian legends, but they also fill the pages of fairytale books. Together with pegasuses and ponies they have recently been gaining in popularity, mostly due to the "My Little Pony" animated series. That's why many little girls would love to see a gorgeous unicorn with a rainbow mane on their wall.

• Fairies – these cheerful (sometimes mischievous) creatures are often strongly connected with the world of nature. They are sometimes described as the guardians of flora, fauna, and the seasons of the year. What follows, cartoon posters featuring fairies are usually very colorful. They can liven up any interior by becoming a source of lively colors. 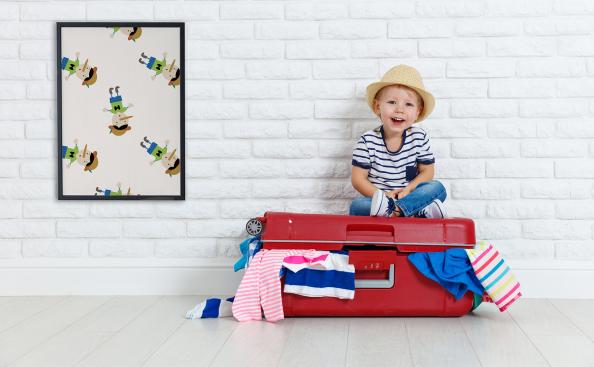 • Mermaids – these half-women, half-fish originated from sailors' tales. They found their way to the children's fairytale world mostly thanks to Hans Christian Andersen's short story, "The Little Mermaid", which was later adapted into an animated movie by Walt Disney studios. Mermaid designs are naturally connected with seascapes and maritime backgrounds, which add to their esthetics. They sometimes feature pirates as well, which may appeal to boys too.

The works of many amazing creators, such as the American director and screenwriter Tim Burton, have shown us that animated motives are not reserved only for young audiences. You can achieve a truly unique decorative effect by highlighting the more serious, atmospheric, or oneiric elements of fairytales… This applies to more than just movies as well! The Myloview offer includes countless poster designs which depict fairytales in ways that can also appeal to adults. Wild forests, foggy landscapes, towns which resemble something from a dream – these are just a few examples of such decorations. These serious takes on cartoon posters can help you beautify all kinds of interiors, though we especially recommend hanging them in a bedroom. That's where you can fully take advantage of their atmosphere.