Every European capital has something unique to offer. Many of them, such as Paris, London or Rome, became famous thanks to books, films and popular culture. There are also some cities that haven’t had that many chances to shine and are therefore a bit underrated. Berlin definitely falls in that last category. The sprawling metropolis boasts rich history, stunning architecture and irreplicable atmosphere. Our team at Myloview decided to take it upon themselves to try and capture the best aspects of the city in our Berlin canvas prints. The capital of Germany proved to be a wonderful subject for wall decorations for many different types of interiors. The possibilities are truly endless! However, to make the choice a bit easier, we’ve also prepared a few example décor ideas that take advantage of Berlin prints. See for yourself how this beautiful city can change your interiors for the better! 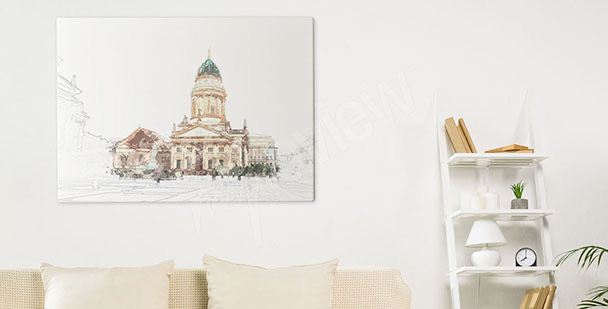 Berlin is a city with long-standing traditions and stunning sights. Our Berlin cathedral canvas print will create a unique atmosphere in your space. 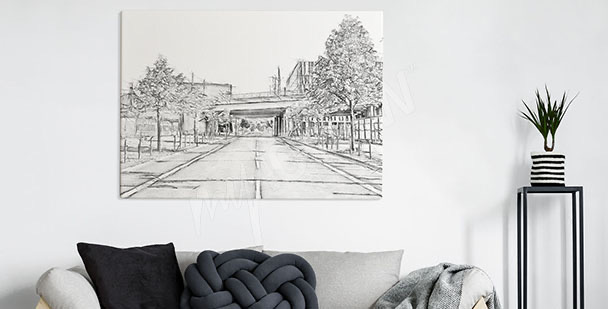 Berlin is known not only for its historic sights and beautiful architecture but also for its charming streets. The city will surprise you with its beauty every single day. 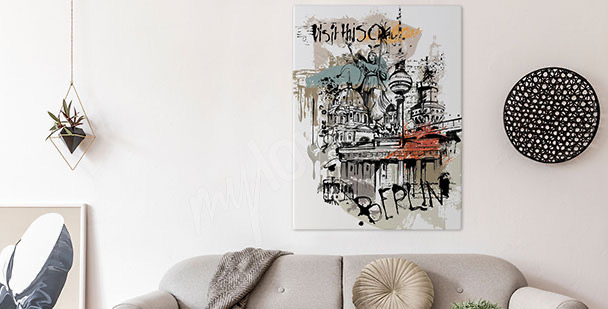 Canvas prints with city symbols are a versatile and modern form of interior décor that will do well, for instance, in a teenager’s room or the living room. 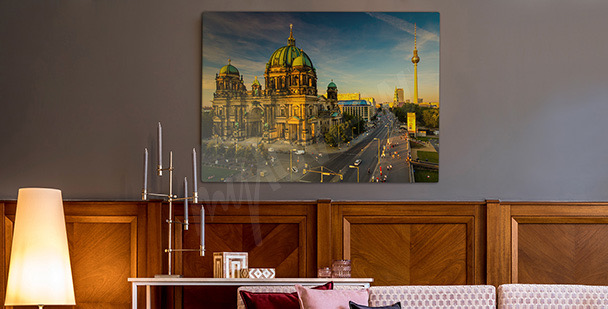 Berlin in the sunlight canvas print 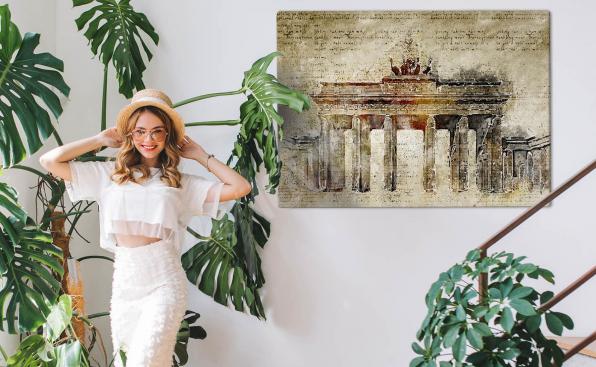 Usually, you need at least a few days to get a feel for a city when visiting it for the first time and some urban centres require even weeks. Nevertheless, you can still get a taste of a city’s architecture and vibe by looking at skilfully taken photographs, and nothing will tell you more about a place than a bird’s-eye view! Myloview has followed that train of thought and decided to find the most impressive photographs of the German capital taken from a drone or a helicopter. This allowed us to conjure up our jaw-droppingly beautiful, large-scale Berlin canvas prints. Observed from up high, Berlin proves to be the humongous modern metropolis it’s known to be, but it also surprises and fascinates with many historical sights. These print designs are sure to appeal to all travellers as well as anyone who has fond memories of the German capital. The decoration is quite universal, as it can also be used in urban or even industrial-style interiors. A Berlin canvas print will be a great choice for fans of modern minimalism as well as traditional, classic living rooms.

When asked about the most famous European landmarks, an average person would probably point to Rome, Paris, Vienna or Prague. With such fierce competition, Berlin is often overlooked in this category but undeservedly so! The capital of Germany is filled to the brim with historic sites from different time periods. Regardless of whether you’re a tourist, a historian or a connoisseur of classical architecture, Berlin has plenty to offer as a subject of decorative canvas prints. Decorations depicting the Brandenburg Gate, the Reichstag, the Rotes Rathaus or the Charlottenburg Palace work wonders in all types of interiors, from traditional offices to modern kitchens. Architecture is also a very universal theme and you can use it in different ways depending on your personal sense of aesthetics. 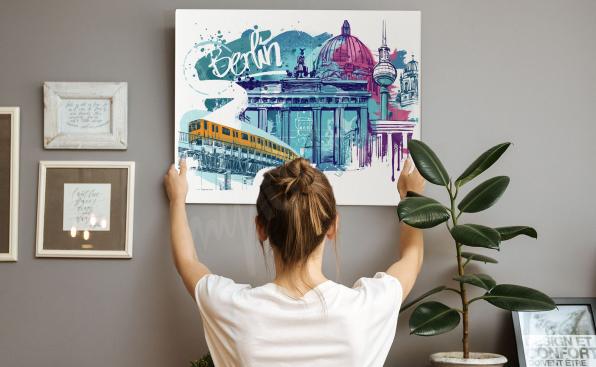 If you’re more interested in modern aspects of urban life than history, Berlin has just the thing for you! The capital of Germany is one of the most modern and dynamic metropolises in Europe. You can see technology and progress at every corner… and in our photos printed on canvas! We dedicated several Myloview canvas prints to highlight the most modern aspects of Berlin, including futuristic architecture, clockwork traffic, colourful neon lights and many others. You can truly see how bustling and lively the city is in these designs. This type of Berlin canvas prints looks incredibly stylish in loft apartments. We recommend the stylised prints with streaks of light coming from rushing cars. It’s definitely an original and unconventional take on the urban aesthetic. The print will add a much needed dynamic flair to any interior that feels a bit too plain or monotonous. Another interesting idea are prints depicting fluorescent neon signs. When dusk sets, Berlin glows with a million lights! If your home features expressive, contrastive colours, images of the German capital at night will be a perfect fit.

A different point of view: canvas prints with Berlin at night

There are some cities that never sleep and Berlin is definitely one of them. The nightlife of the German metropolis is yet another fantastic theme for decorative canvas prints. These designs are great at creating contrasts and light play. They work wonders in expressive interiors with vivid colour schemes. Appealing as they may be though, remember that photos taken at night are still overall rather dark and that could have an impact on your décor as well.