Interstellar travel has been a source of fascination for mankind for centuries. Since it has been established that the Earth is not alone in space, there has been no end of speculations what other planets may look like. Nowadays, we are a bit more knowledgeable about the planets closest to us, and some fantasy theories have become a thing of the past. Our interest in other planets has not gone away though. Although the career of an astronaut is just a dream for many people, you should not give up your passions. It’s a good idea to express them by choosing our planet wall stickers that will decorate your room and serve as a daily reminder of the extraordinariness of the universe and the discoveries that await you there. Choose our planet stickers– their secrets are awaiting! 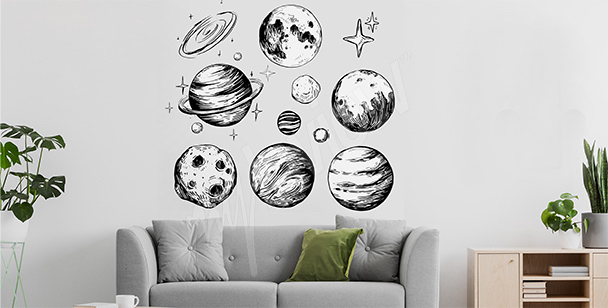 Sticker for the living room

If you're looking for a way to get rid of boredom in your apartment, a planetary sticker is a perfect solution ;) 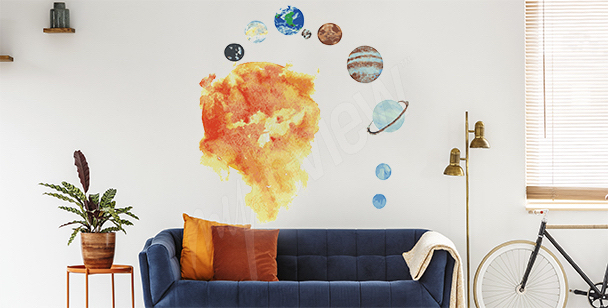 Our idea for an extraterrestrial sticker is perfectly suitable for minimalistic spaces. 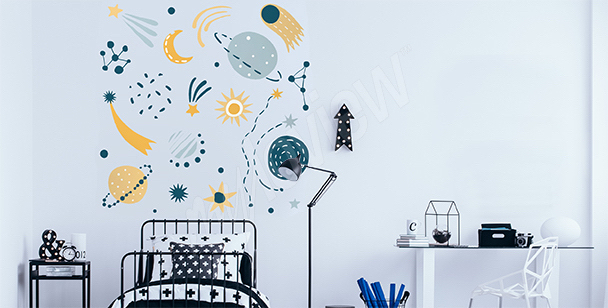 This original take on stars and planets could serve as a wall decoration in your little astronomer's room! 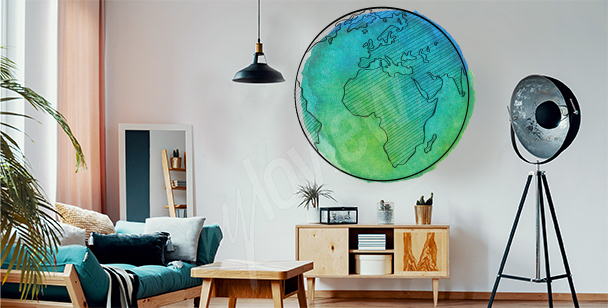 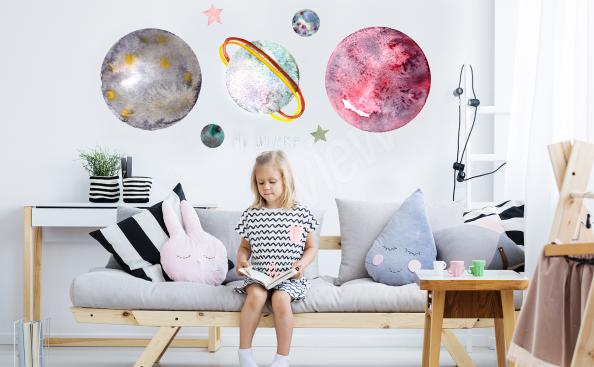 Probably everyone can name the planets in our solar system. While this can be considered basic and obvious knowledge, there are more reasons for it. The planets closest to Earth bear the names of gods of Roman mythology, and as a result they are sometimes associated with the respective gods’ domains and character traits. Suffice to mention, for example, the famous book by a relationship counselor John Gray "Men Are from Mars, Women Are from Venus". That is why we recommend familiarizing yourself at least roughly with the meanings the planets have in our culture. This does not necessarily have to be a criterion for selecting your wall stickers though. You can choose them based on scientific facts or simply aesthetic considerations. So here's a handful of information that will definitely be useful when it comes to considering a sticker design. 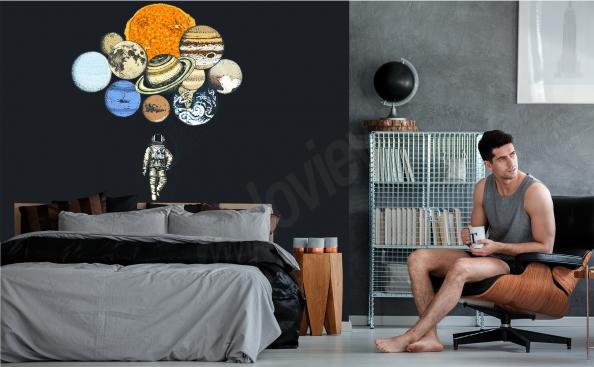 It is worth considering who will enjoy cosmic room decorations the most. Many would notice that it is a great choice for children. No wonder that our range includes stickers dedicated to them. The planets on the walls will have a dual function – they will serve as both a colorful, cheerful decoration and an educational accessory, encouraging children to broaden their knowledge. So if your child has always been fascinated by interstellar travel and plays toys spaceships and rockets, then these stickers will be a source of great fun and enjoyment. Planets on the walls are a dream for many little astronauts!

Planet wall stickers in many colors

However, it is also worth considering this type of decoration, even if astronomy has never been your passion. Why? Natural patterns have always delighted humans with their beauty – and in space they can be observed on a much grander scale. Planets, whose surfaces can have unusual and vivid colors, suspended in dark, starry space, are a motif captivating even for those who have both feet on the ground due to its sublimity and beauty.