It is said, that the mankind want to travel through cosmos, while we haven’t even discovered all of the secrets of the Earth. The depths of the oceans, mysterious land creatures and unusual atmospheric phenomena still surprise scientists, placing new challenges in front of them. And we’re standing by, astonished, how wonderful our planet really is. Geography, biology, chemistry and astronomy are the science fields that can bring us closer to discovering it’s secrets. Probably we all can agree, that scientists and researchers of the nature are very important - so maybe we should encourage our children to follow in their steps? One thing that can arouse their passion to natural science, is a wall world map for kids.

Over the mountains and through the woods… and before letters

A science of map creation is called cartography. It is a very old field- some believe that first maps were created long before we invented writing. And, of course, it could be true, because drawing was already popular during the time of indigenous people. The prehistoric tribes, aside of drawing of mammoths, antelopes and hunting scenes, would also, apparently, create maps. Of course, they didn’t look anything like the ones we know today. They were more like primitive drawings depicting the closest area - but the idea was the same. At first, maps were supposed to make moving around easier, and that still hasn’t changed to this day... 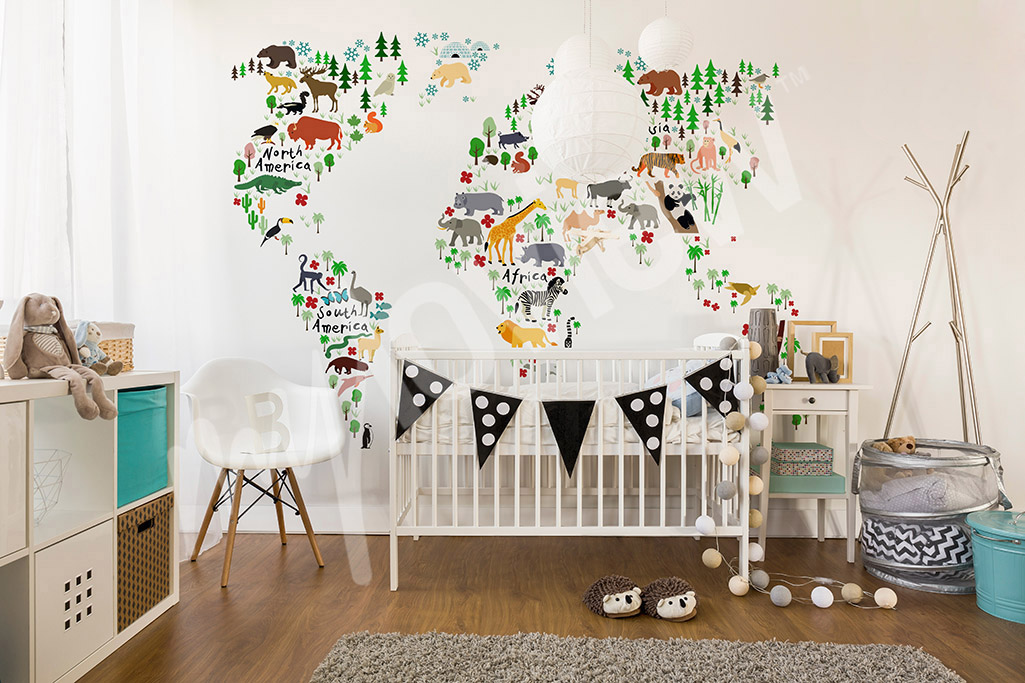 The fascinating history of cartography have been developing from the prehistory up to the beginning of the 20th century. That is when the technological break, that would forever change the “look” of our maps, took place - the invention of radio and aviation. Thanks to the former, we could mark the longitude more precisely, the latter would allow us to create aerial pictures of a given area. Today, we still use aerial photography to create maps, sometimes completed with satellite views. Thanks to those solutions, we can use not only the maps of areas we live in, but also the ones of the entire planet. Almost everyone has an atlas or a globe at home. Maybe you could also use a printable world map for kids? The little ones will surely be awed by such decoration.

A room of a little discoverer: Arranging a kid’s room is probably the most interesting part of home renovation. It’s here where we can let our imagination run wild, just as if we were only couple of years old, too. Children love vibrant colors and multitude of cheerful details. So, let’s emphasize with our kids and decorate their rooms in a way that will make their lives there as comfortable as possible. We should remember not only about safety (for example, there shouldn’t be anything protruding or slippery in a child’s room), but also about interesting, stimulating finishing elements. Applying an educational world map for kids will surely be a great idea. If we want our child to discover new continents and countries every day, a great choice could be a world map mural for kids, or a printable map of europe for kids. This way our little one will have the entire world within their reach! 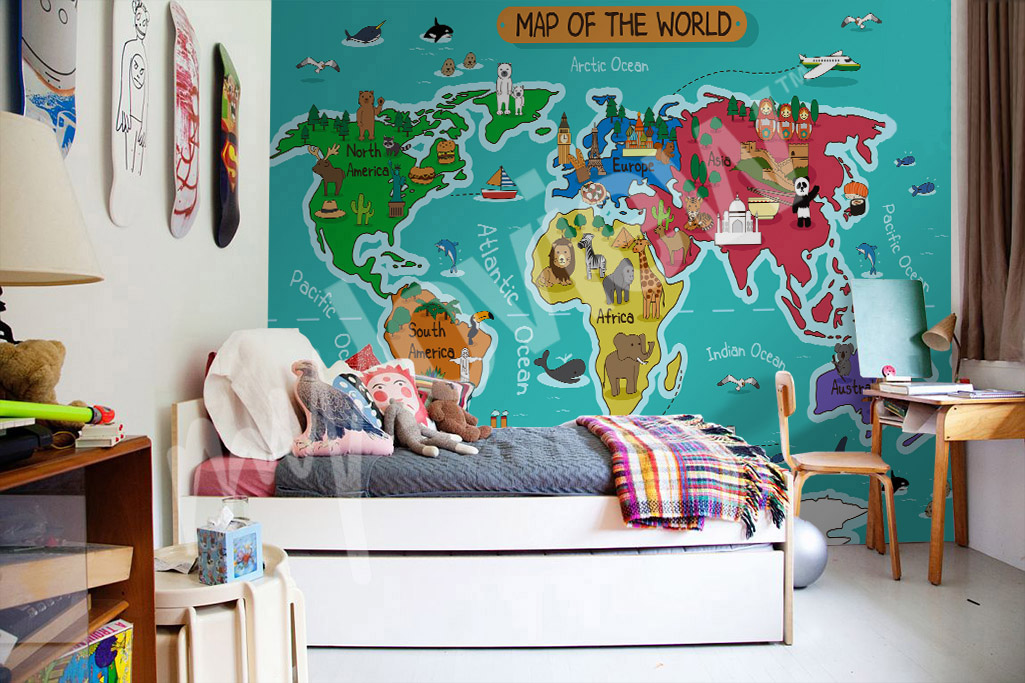 If you can’t decide what present we should buy for your child, an educational world map for kids will be the best choice. While decorating their room with such picture or a wall mural, we combine “business” with “pleasure”. Our little one won’t just exercise their imagination by dreaming of far-away countries and cultures, but will also memorise the geographic position of states and continents. In Myloview’s offer, you can find plenty of educational world maps for kids. For example, one of the biggest hits are maps with drawings depicting the main animal species that live in certain regions. Such wall world map for kids is created with great attention to aesthetics. In other words, in terms of graphic design, the map is adapted to be used by the youngest users - the colors are bright and expressive, the contours of countries are precisely outlined and the drawings are cheerful and they call up positive associations. 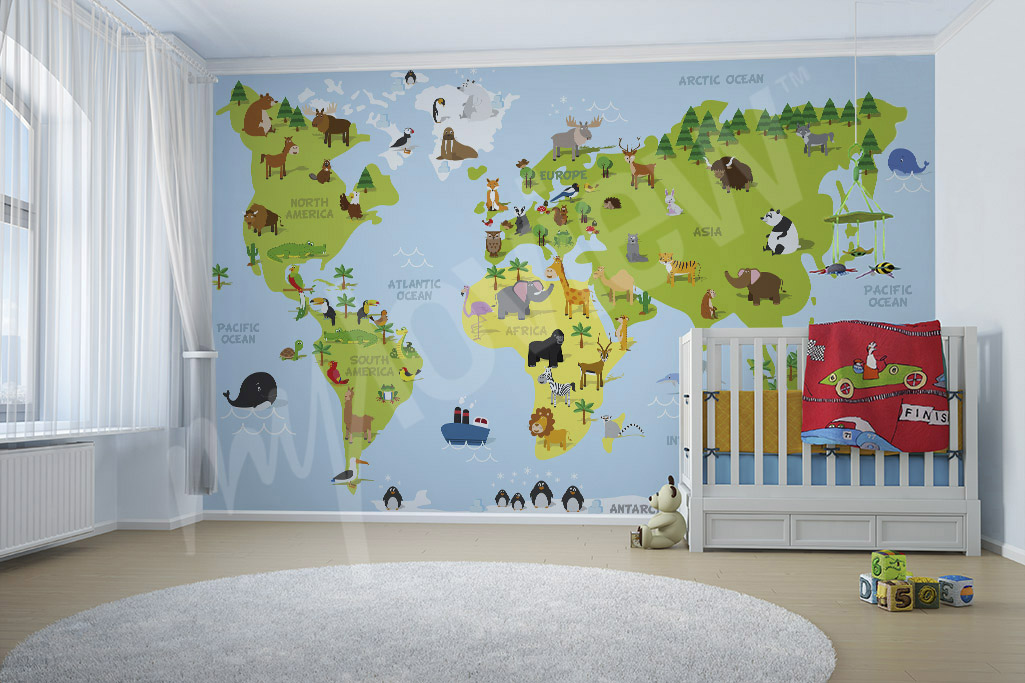 Wall world map for kids is one of interior decorations that never get boring. This classic motif will work in every interior (it can also decorate a living room, a kitchen and many other), in every arrangement - both in a regular one, as well as modern and minimalistic. In Myloview store we offer maps of various sizes and colors, and thanks to that fitting them into an interior decor will be a true pleasure. Let the printable world maps for kids enrich your house, encouraging family travels into the unknown. 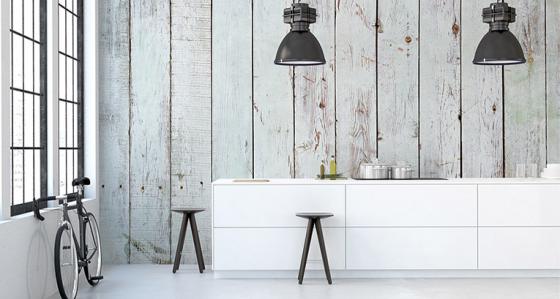 Shabby chic style- a feast for a romantic soul 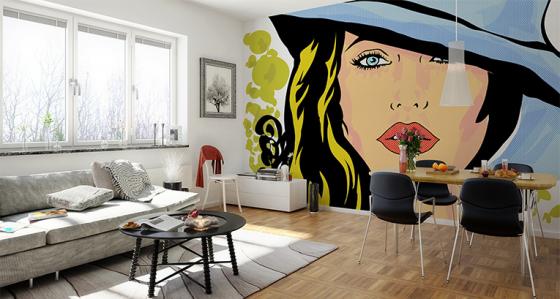 Change the look of your furniture: decorative stickers
Related 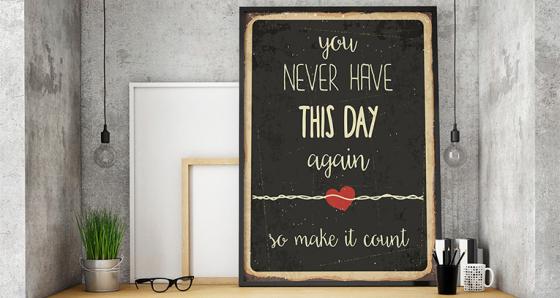 Posters for walls: how to match them to your interior 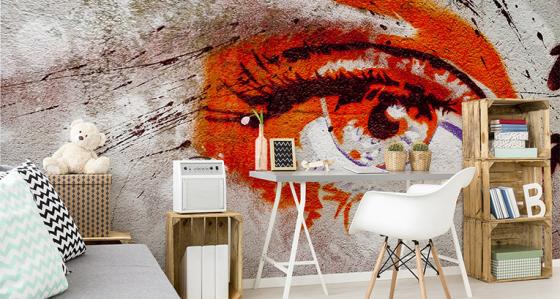 Graffiti murals – the voice of the streets in your apartment 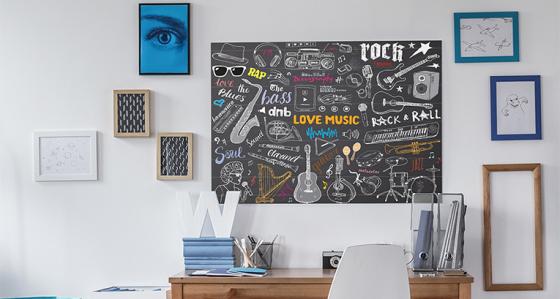 Music posters in a teenager's room